OpenText as a company holds a variety of events every year. They range from tier 1 events to simple booths in events held by other companies.

‍OpenText Enterprise World is the biggest event that OpenText puts on every year. New products are released every year during this time. The 2017 version was very special since the new OpenText brand was unveiled to the public.

‍OpenText Innovation Tour was a series of events around the world that continued the discussion from OpenText Enterprise World. These events were tailored to the interests of the specific locations. The event let visitors connect to OpenText Executives, Experience OpenText Products, participate in breakout sessions, learn, and connect to others.

For OpenText Enterprise World, I was given a fair amount of control and helped a variety of teams create their assets. I had to make sure that any end-user could very easily understand wayfinding signage and be able to find the information they wanted quickly. At the same time, I also had to make sure everything was on brand.

Other smaller events included the 2015 ARMA Canada Conference, which required a simple postcard-sized advertisement for the OpenText booth. 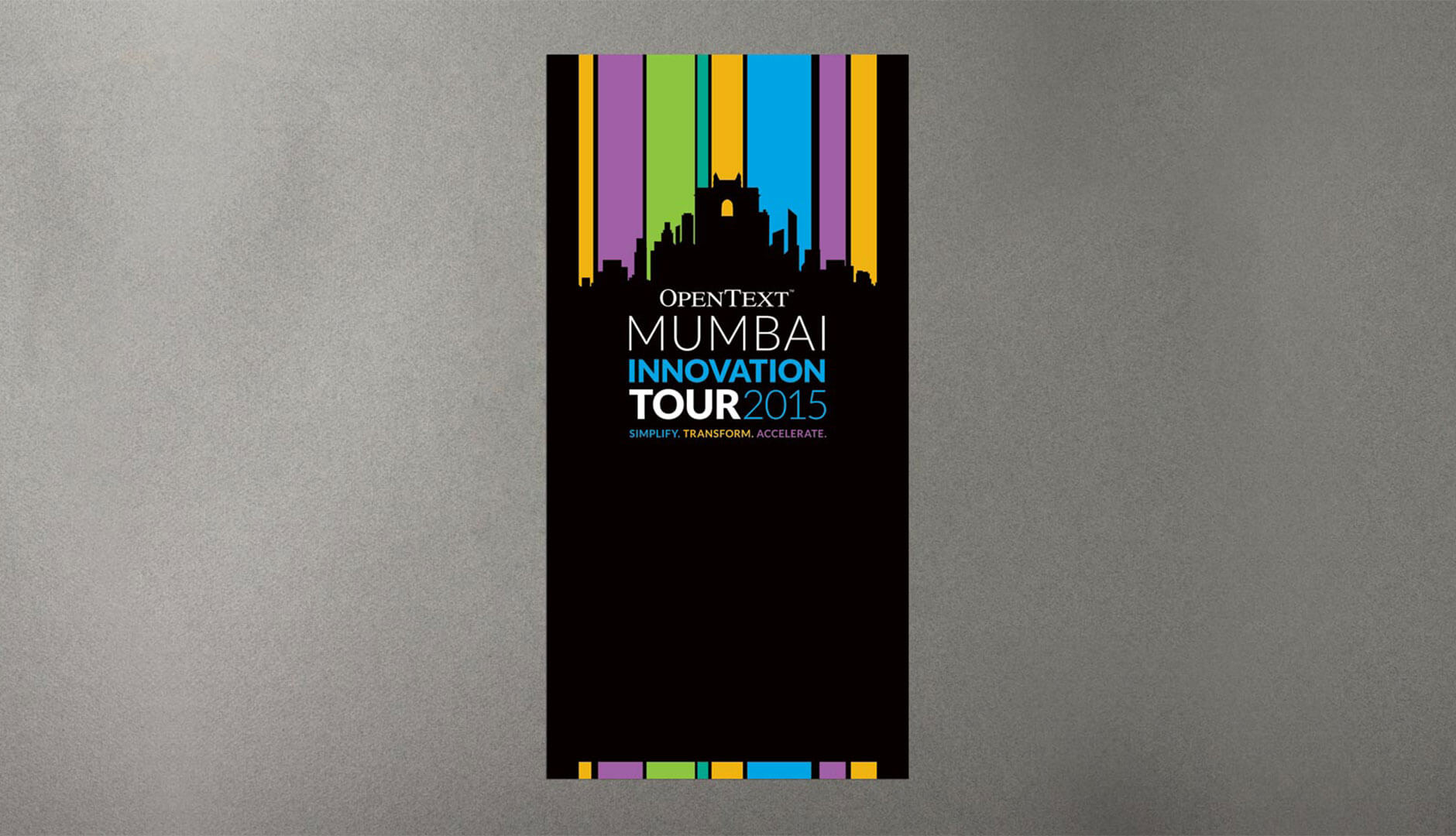 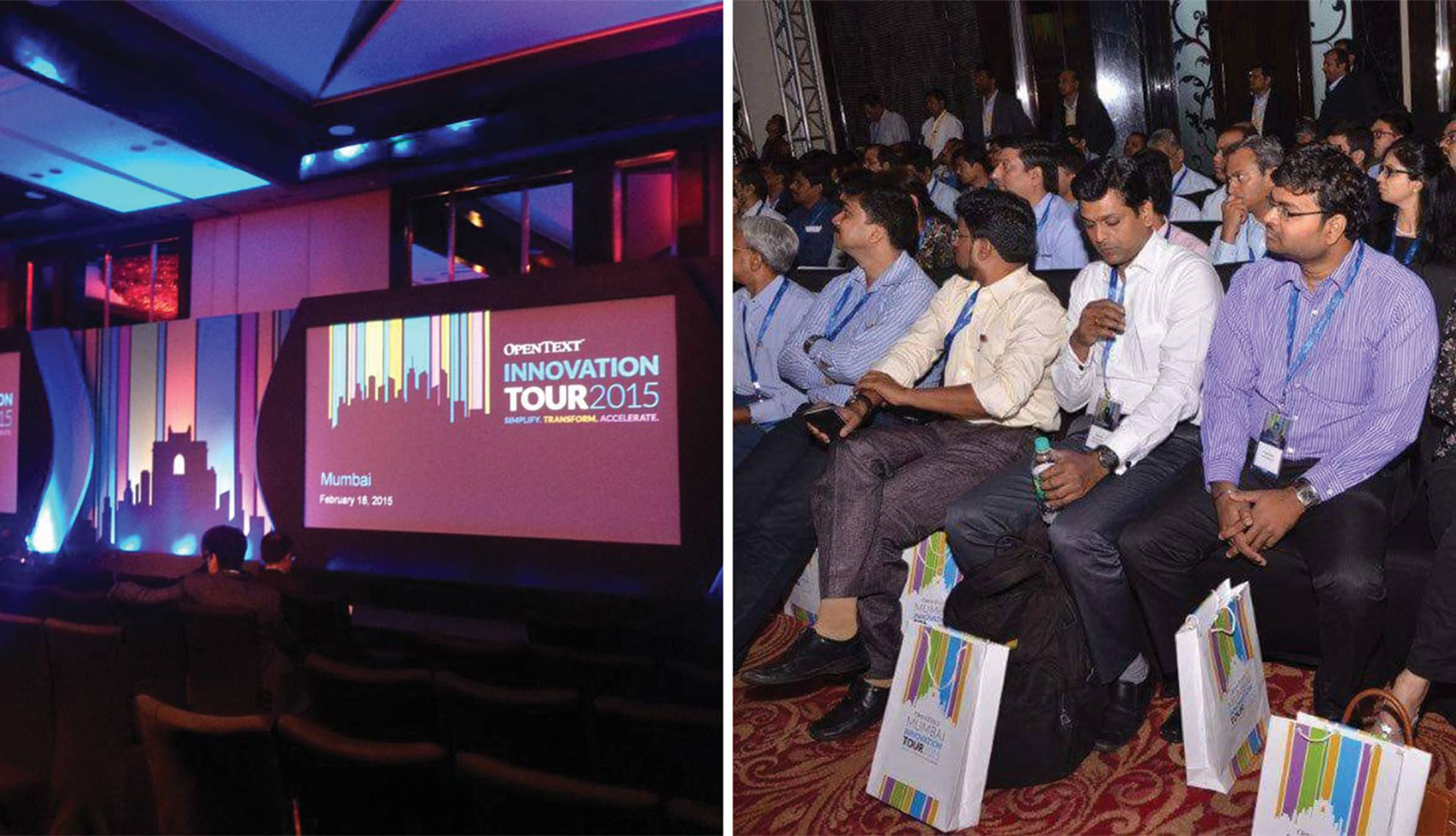 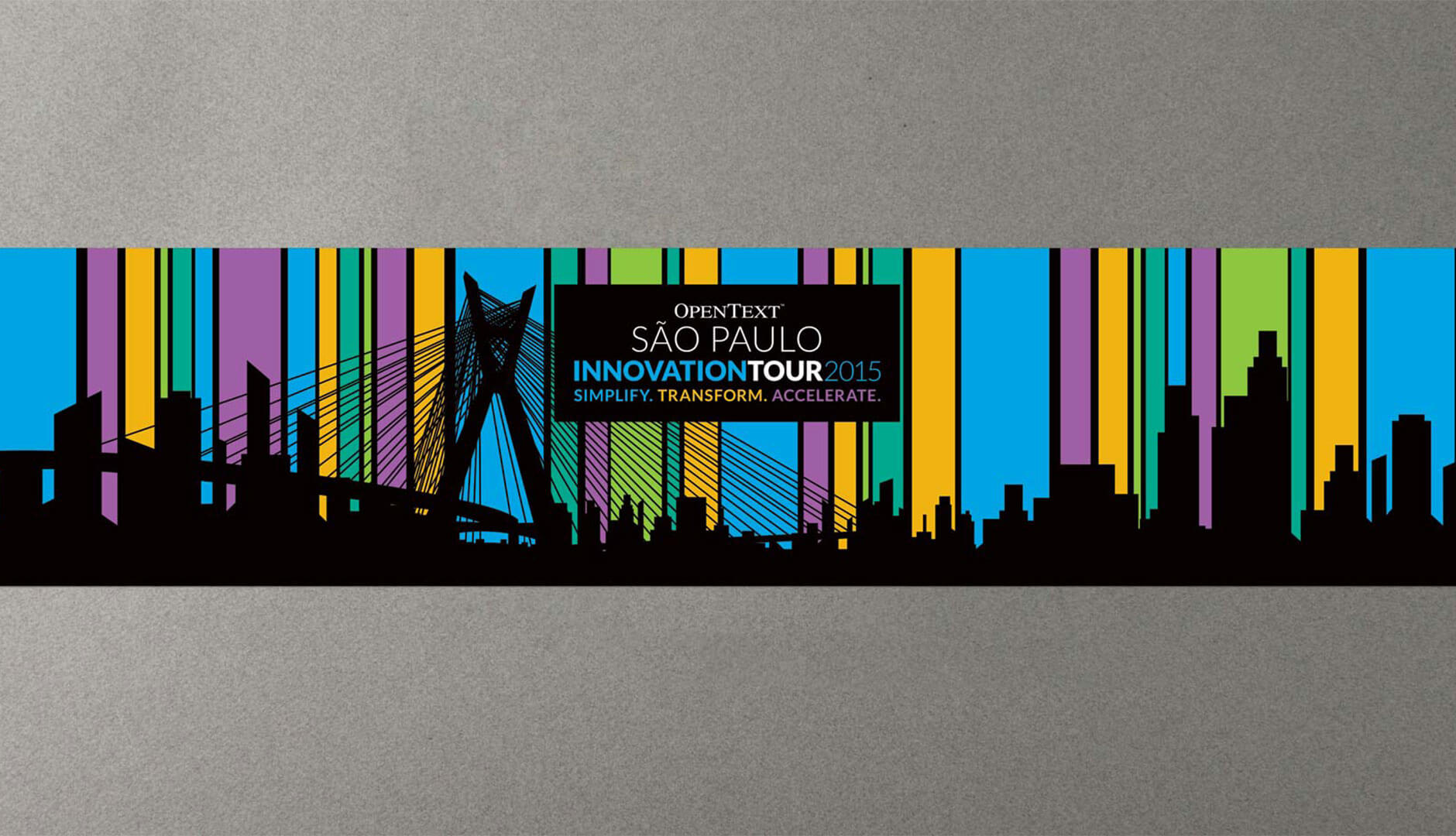 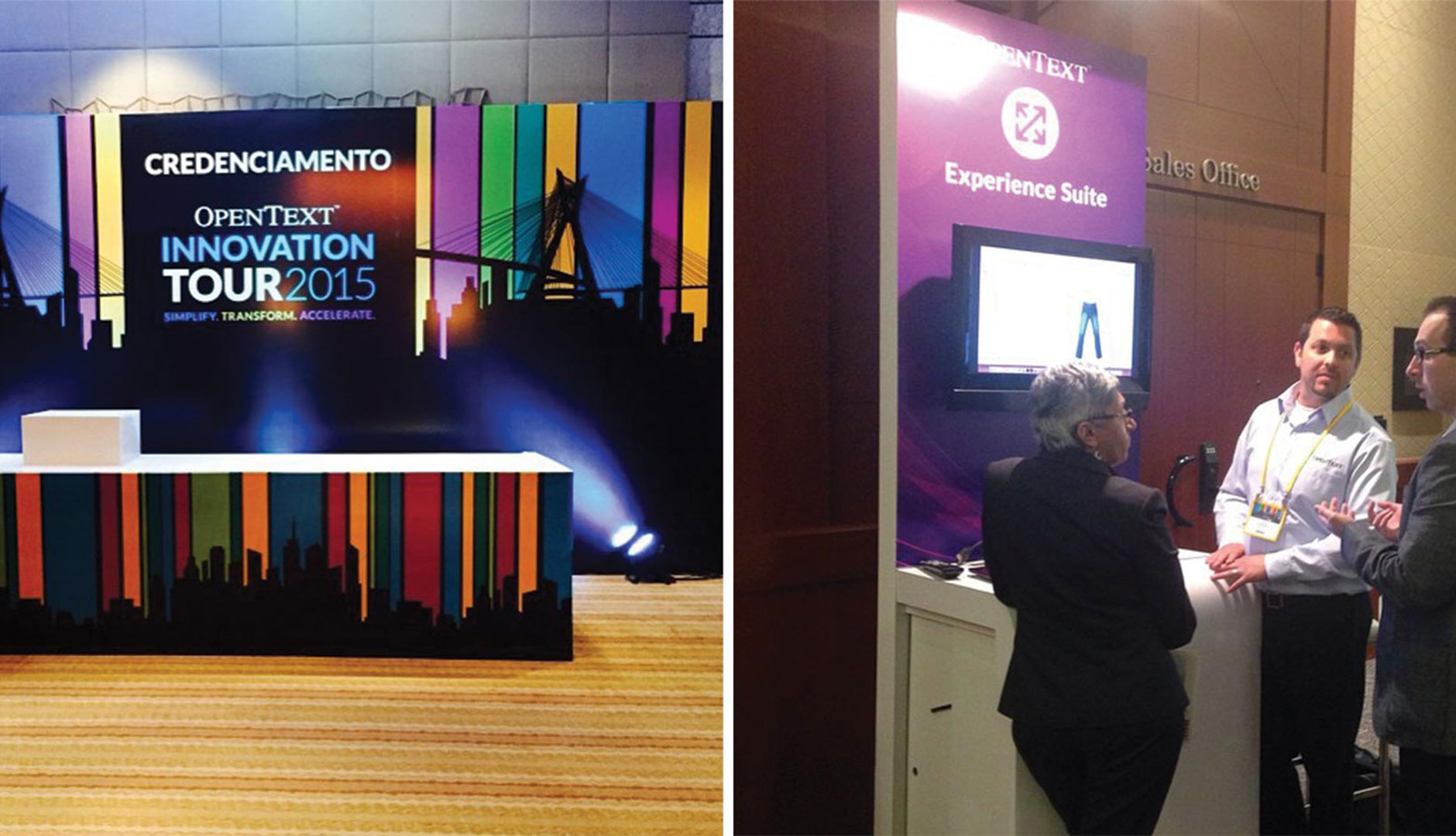 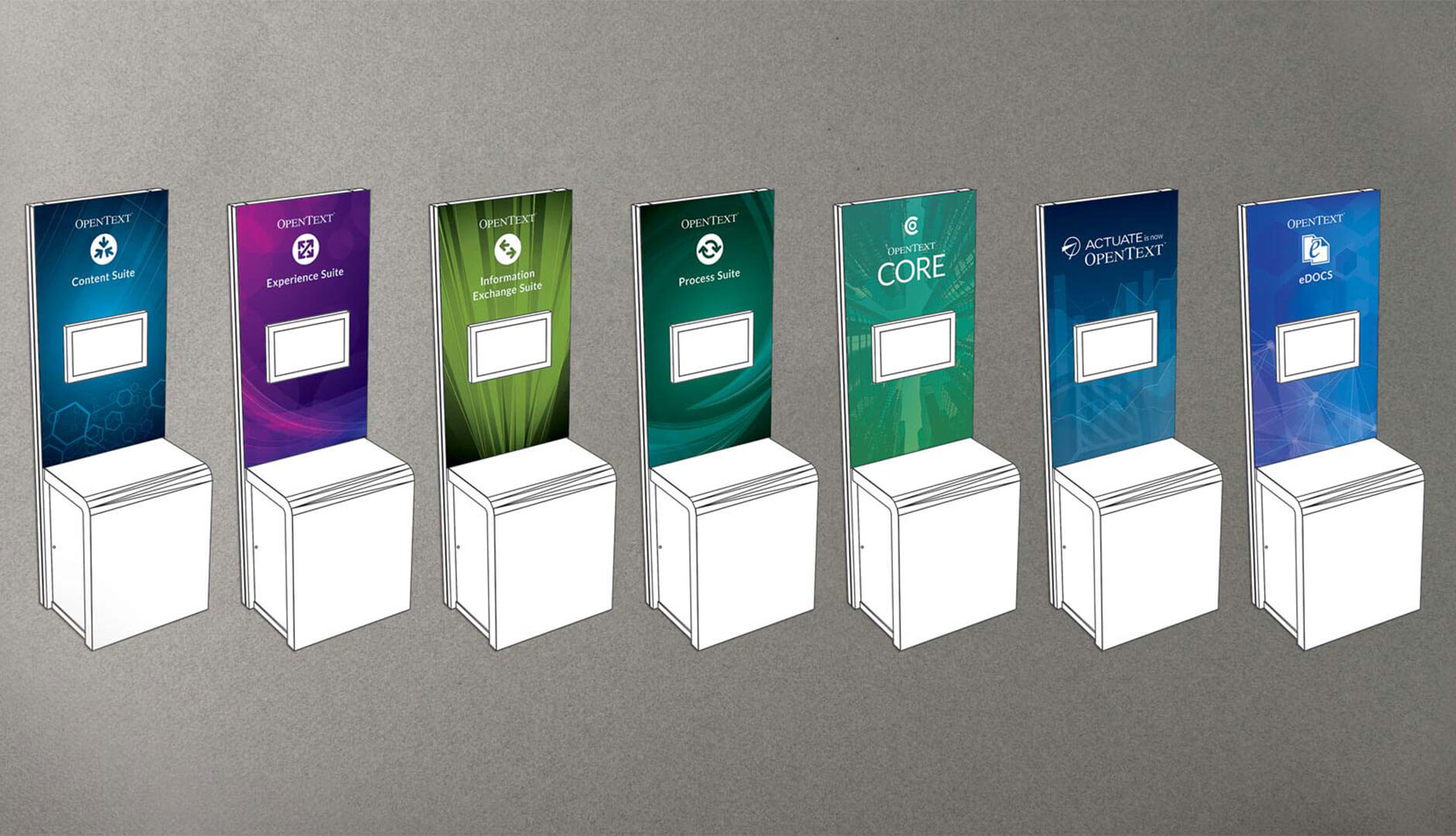 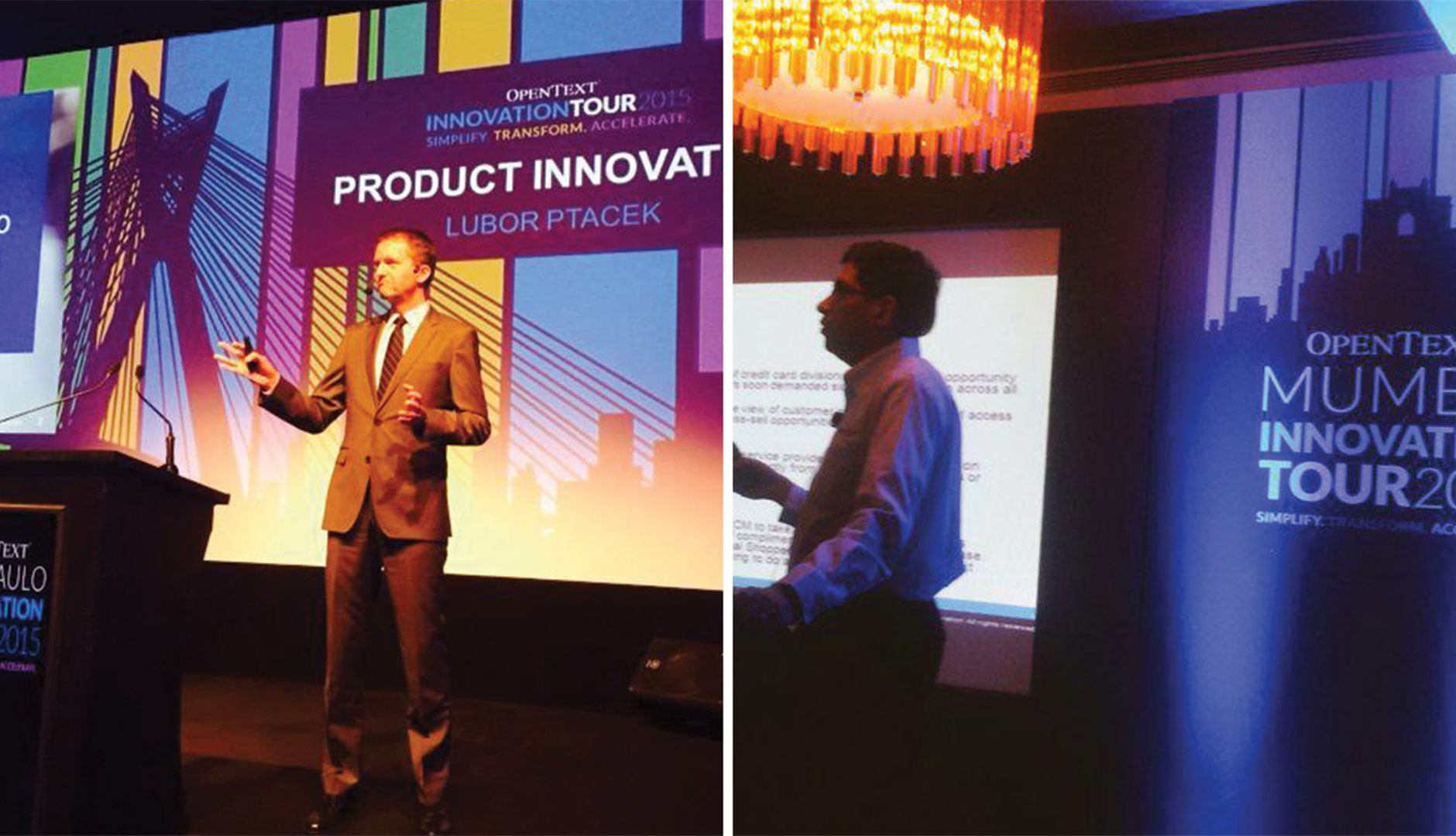 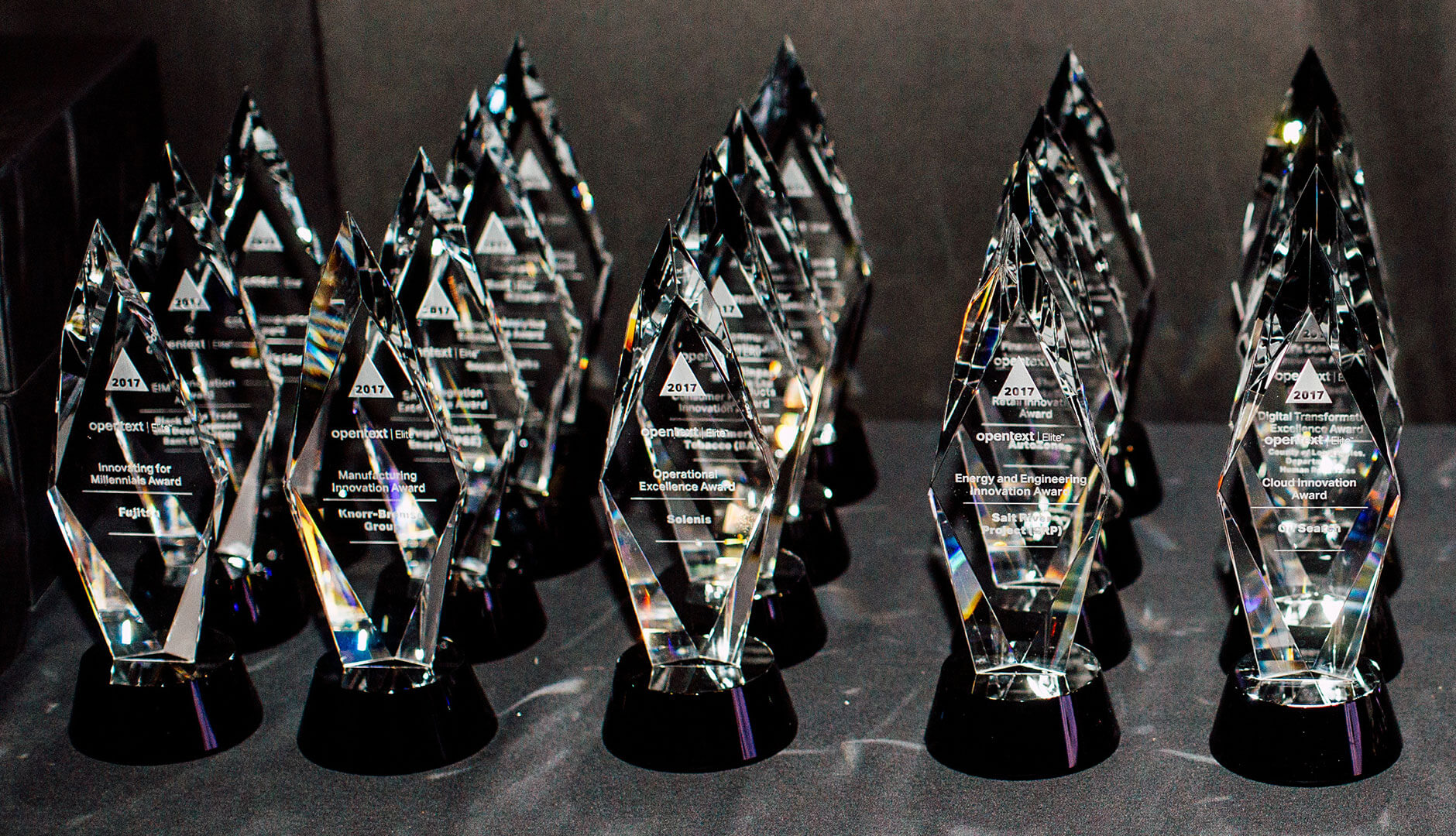 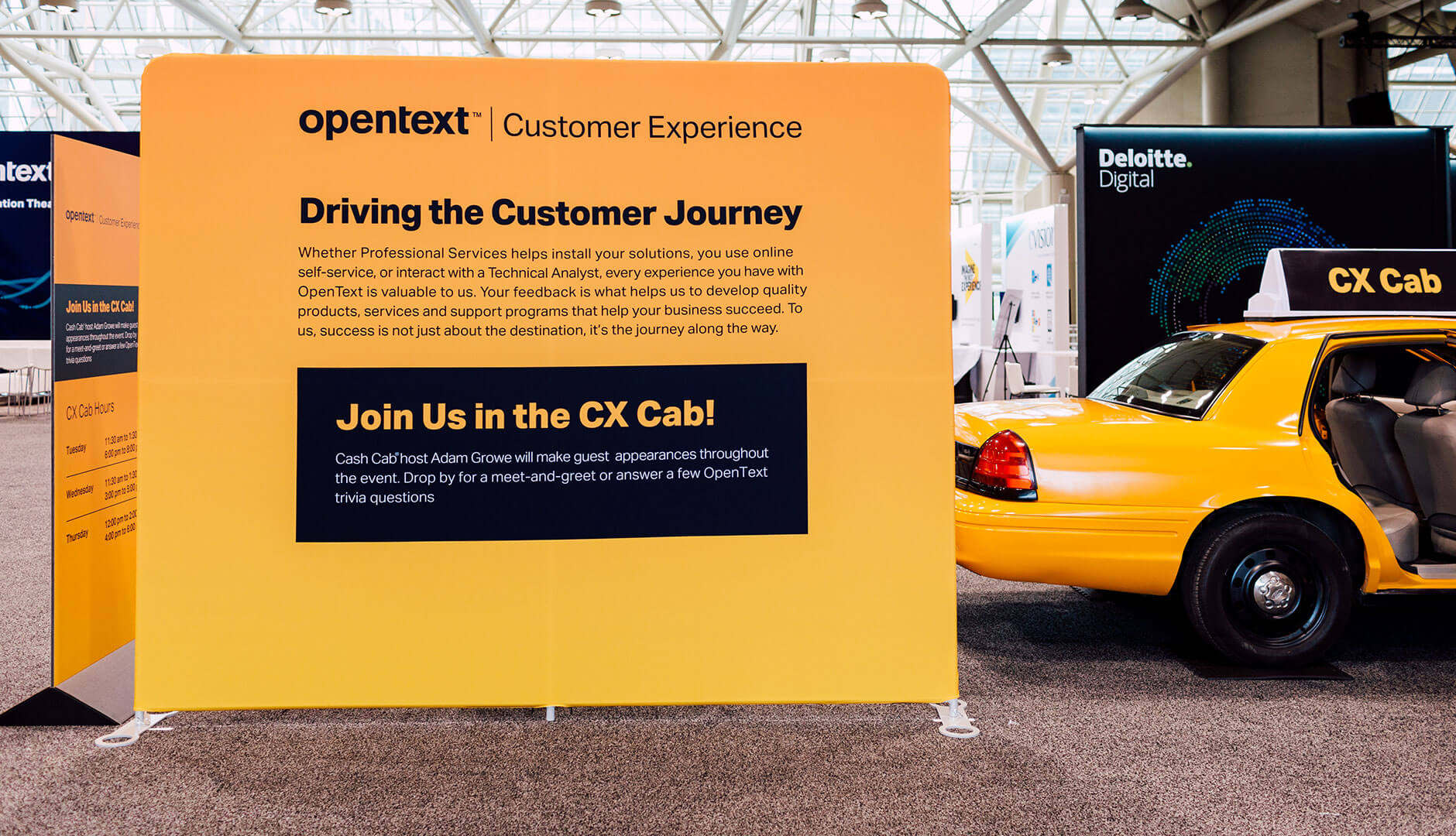 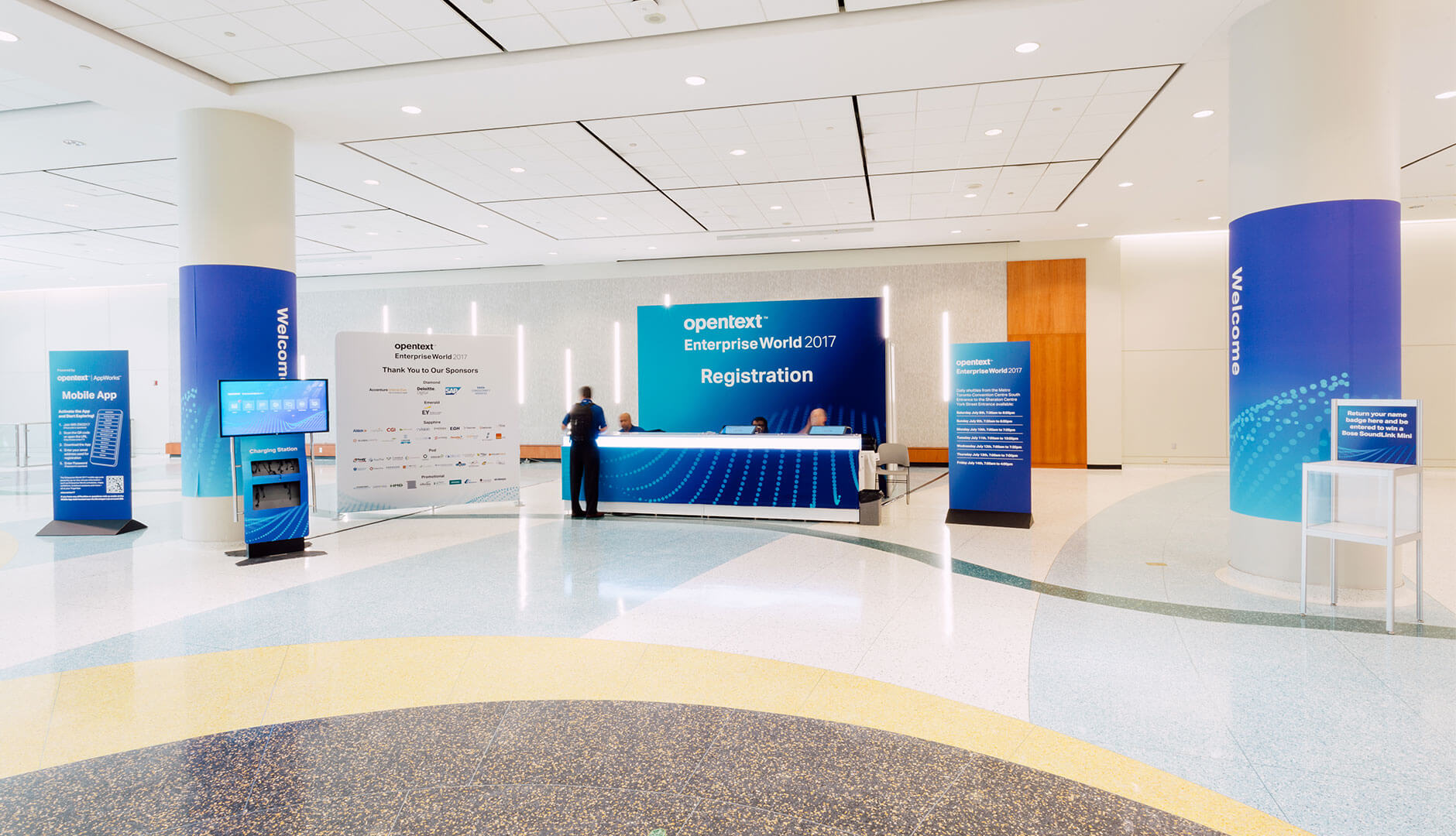 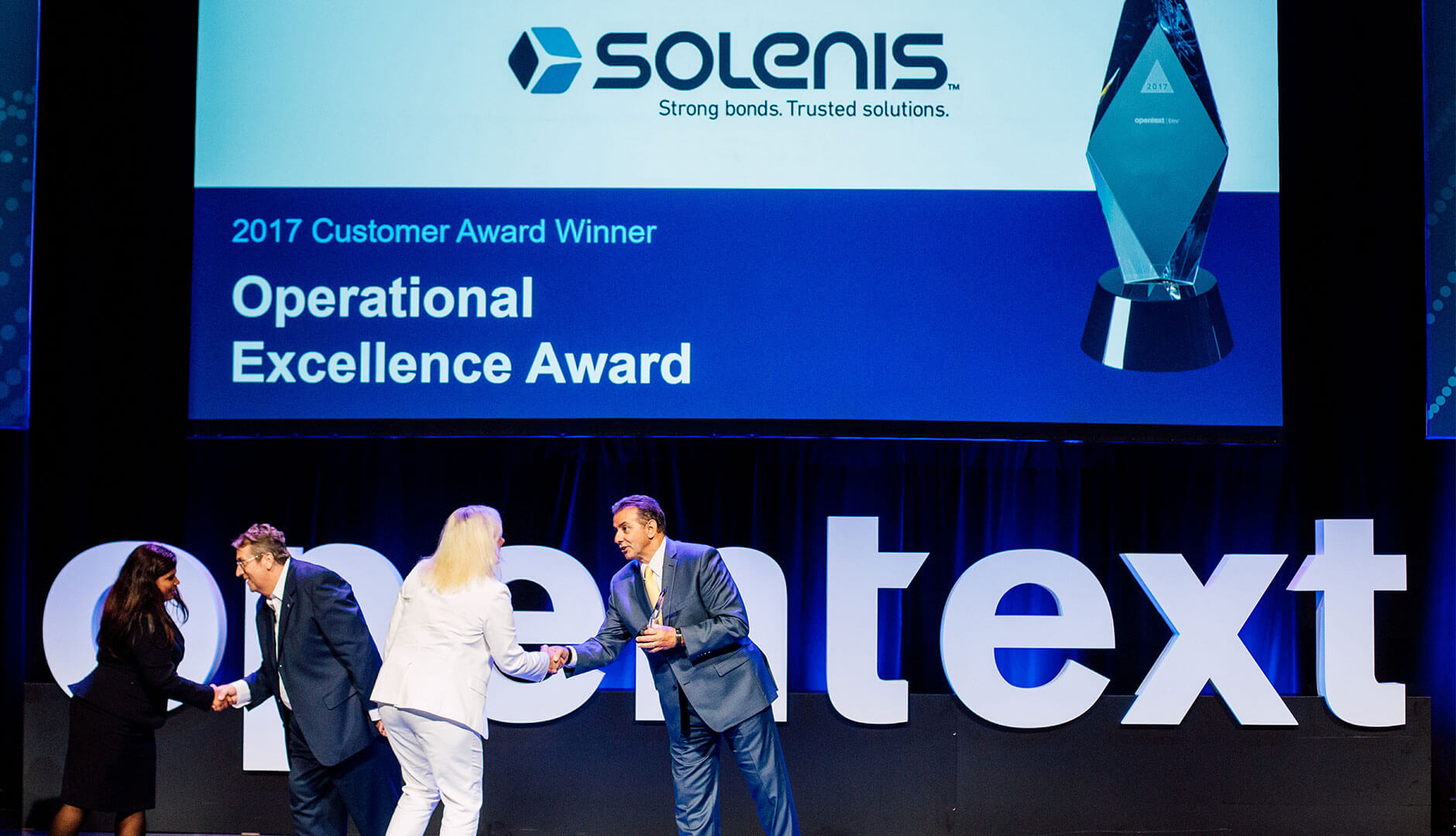 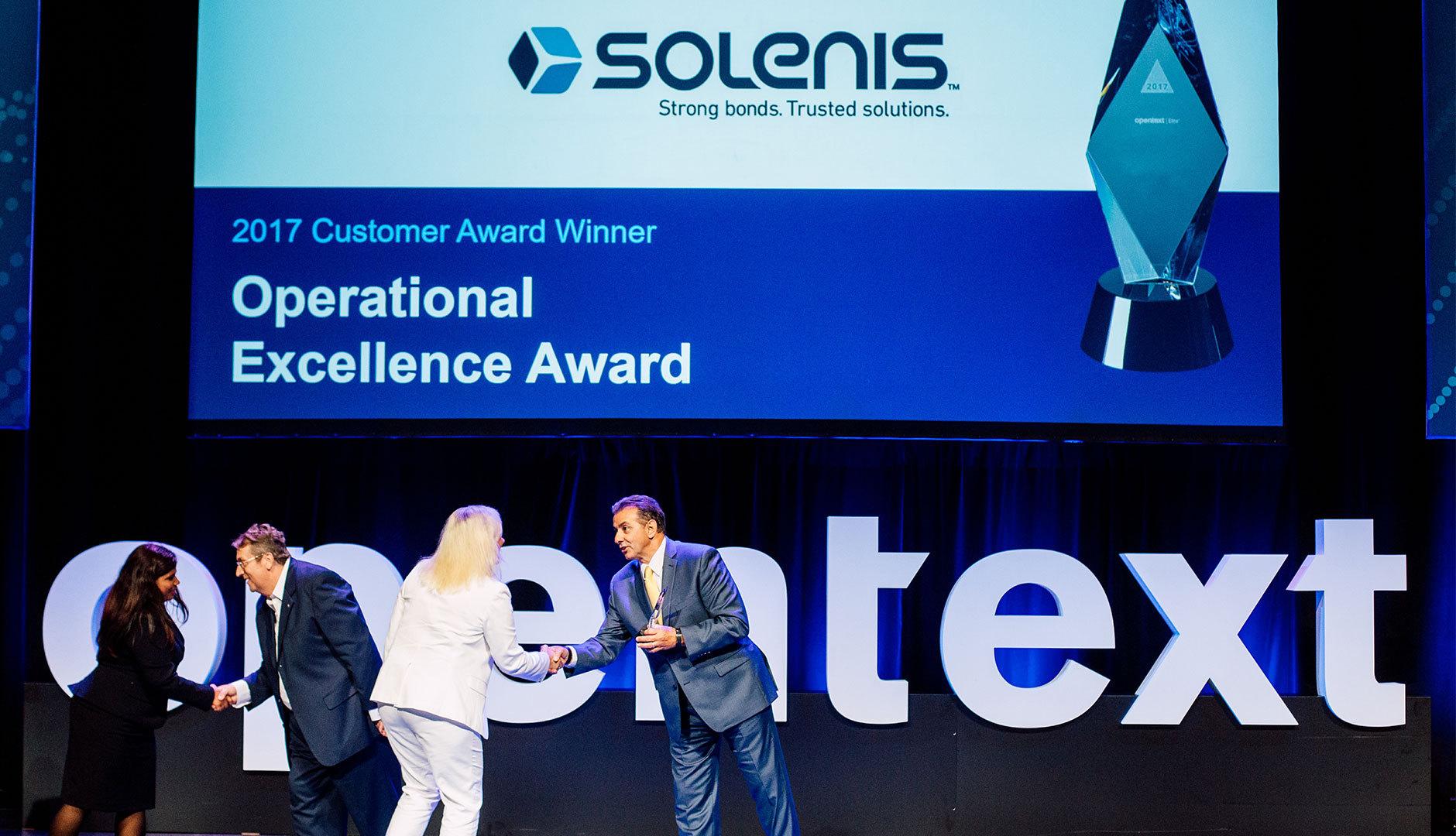 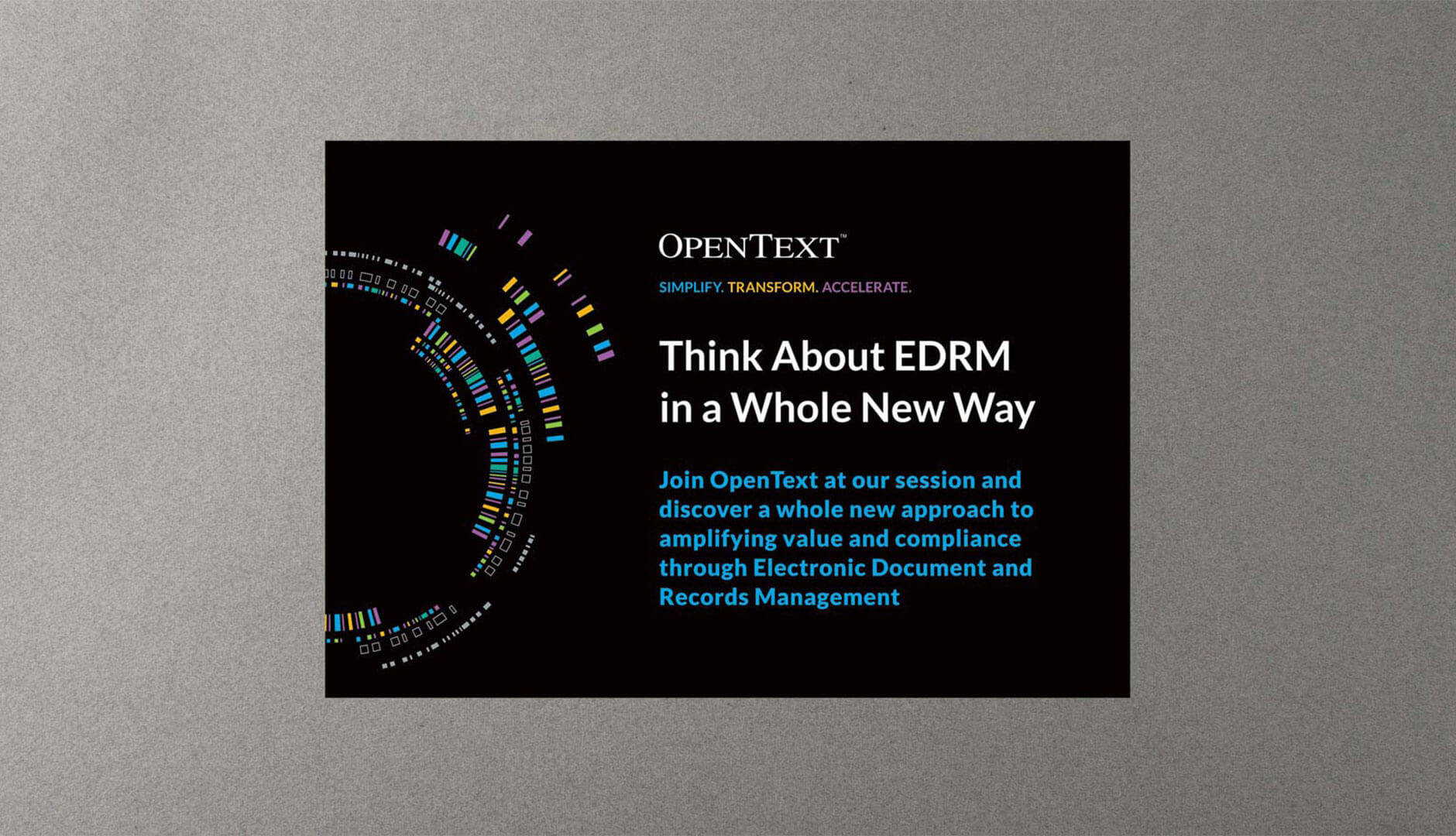 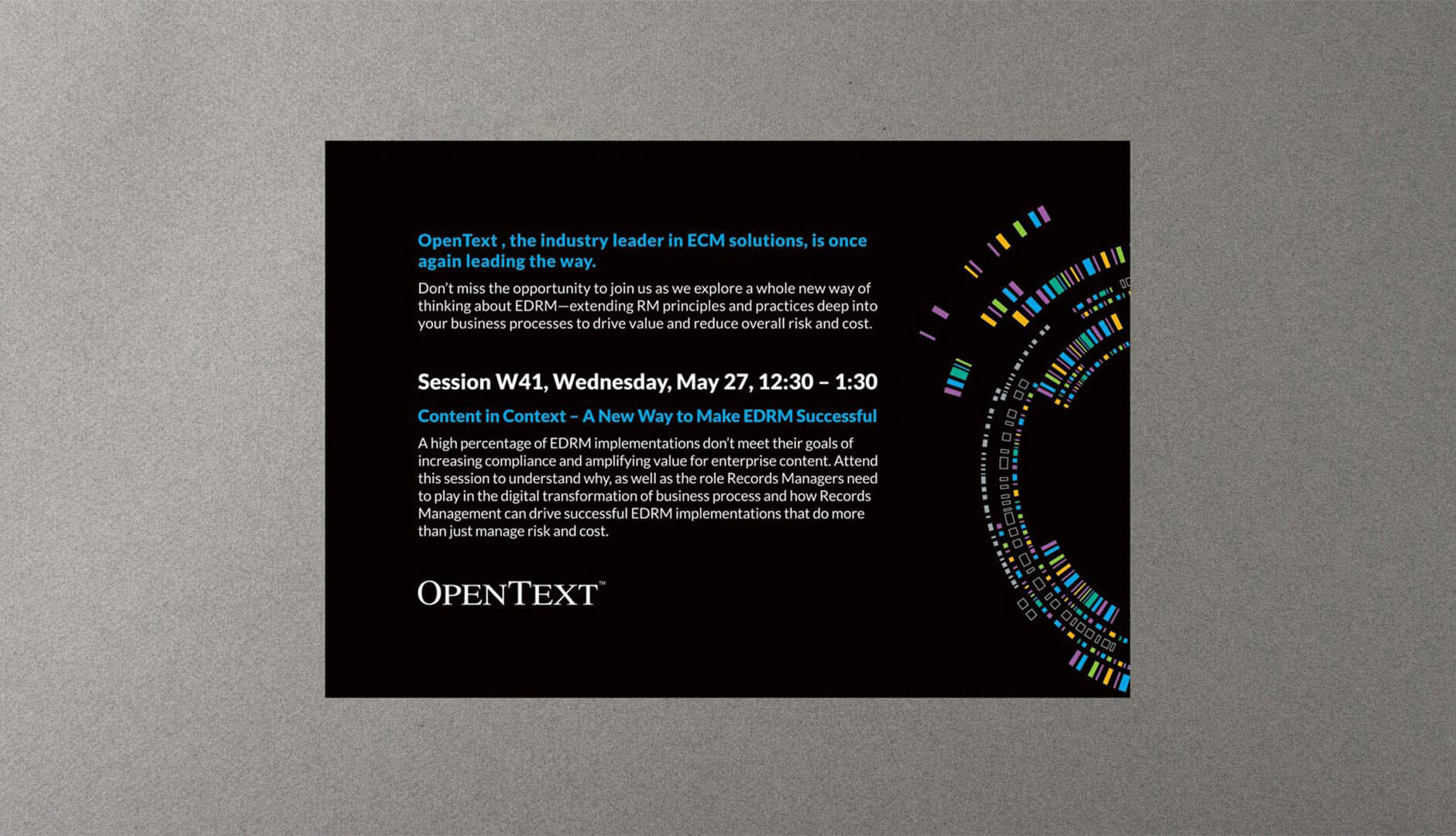