OpenText Collateral is specific collateral documents for OpenText. Collateral followed a template so that every piece being produced by Creative Services would look like a single person created it. This allowed the collateral to be in other languages while being relatable to the original English version.

These collateral templates were changed and updated throughout OpenText multiple times. I was responsible for most of these changes and making sure everything was following them. These changes were ongoing with the creation of new collateral pieces for OpenText.

Some collateral pieces (IE Success Story) had to be approved by the third party the Success Story was based on. This added another level of complexity and approvals. 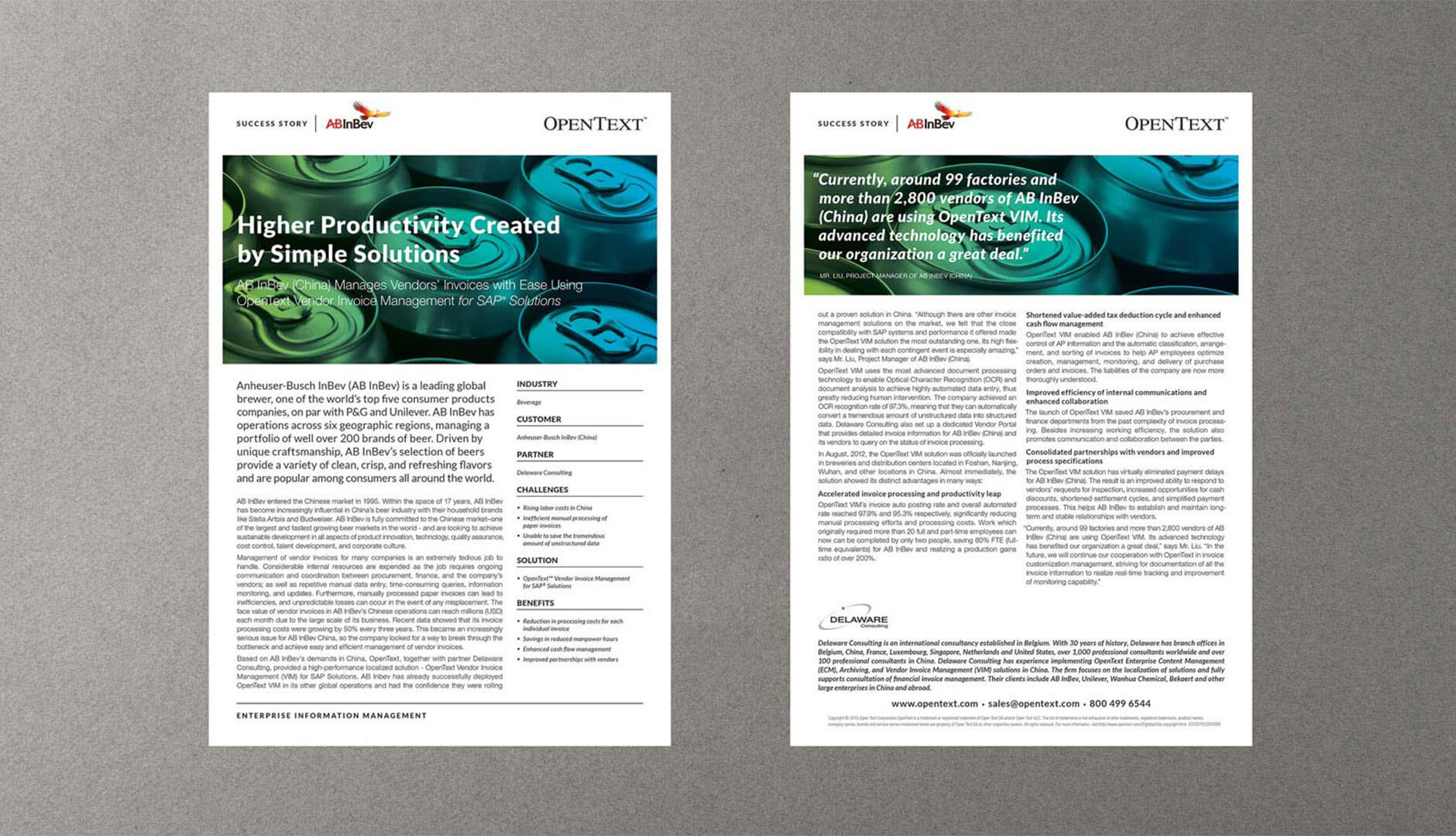 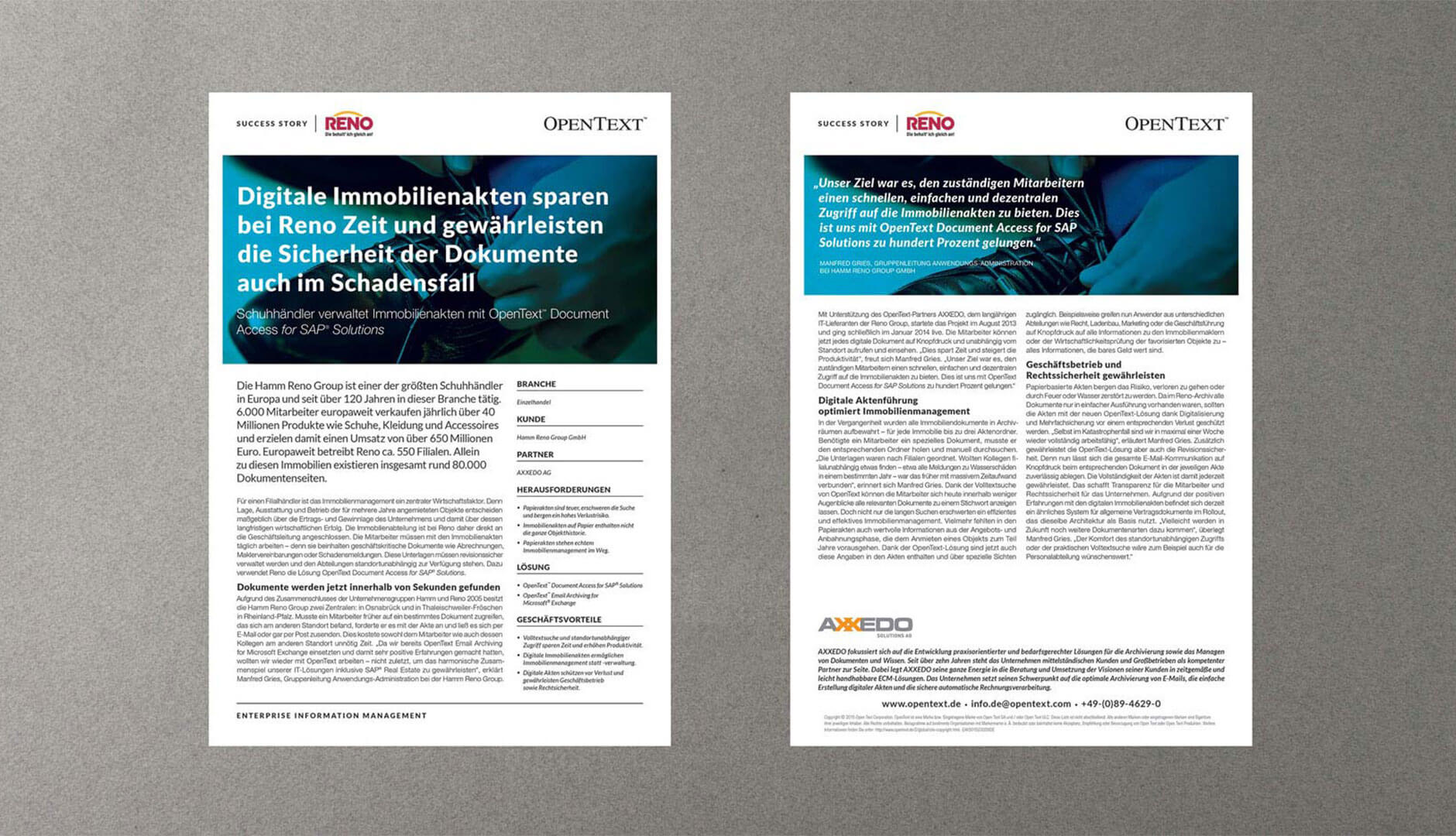 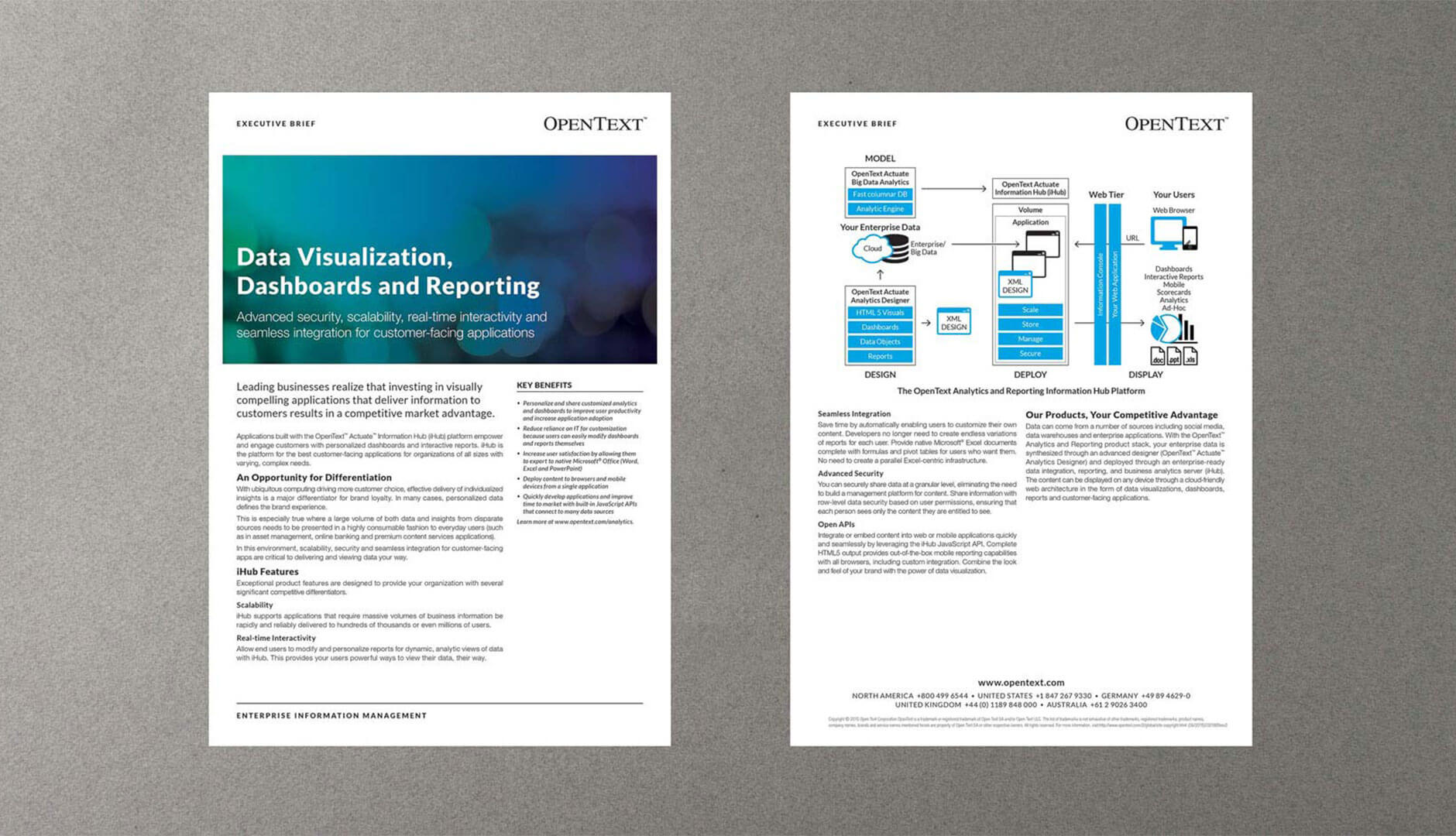 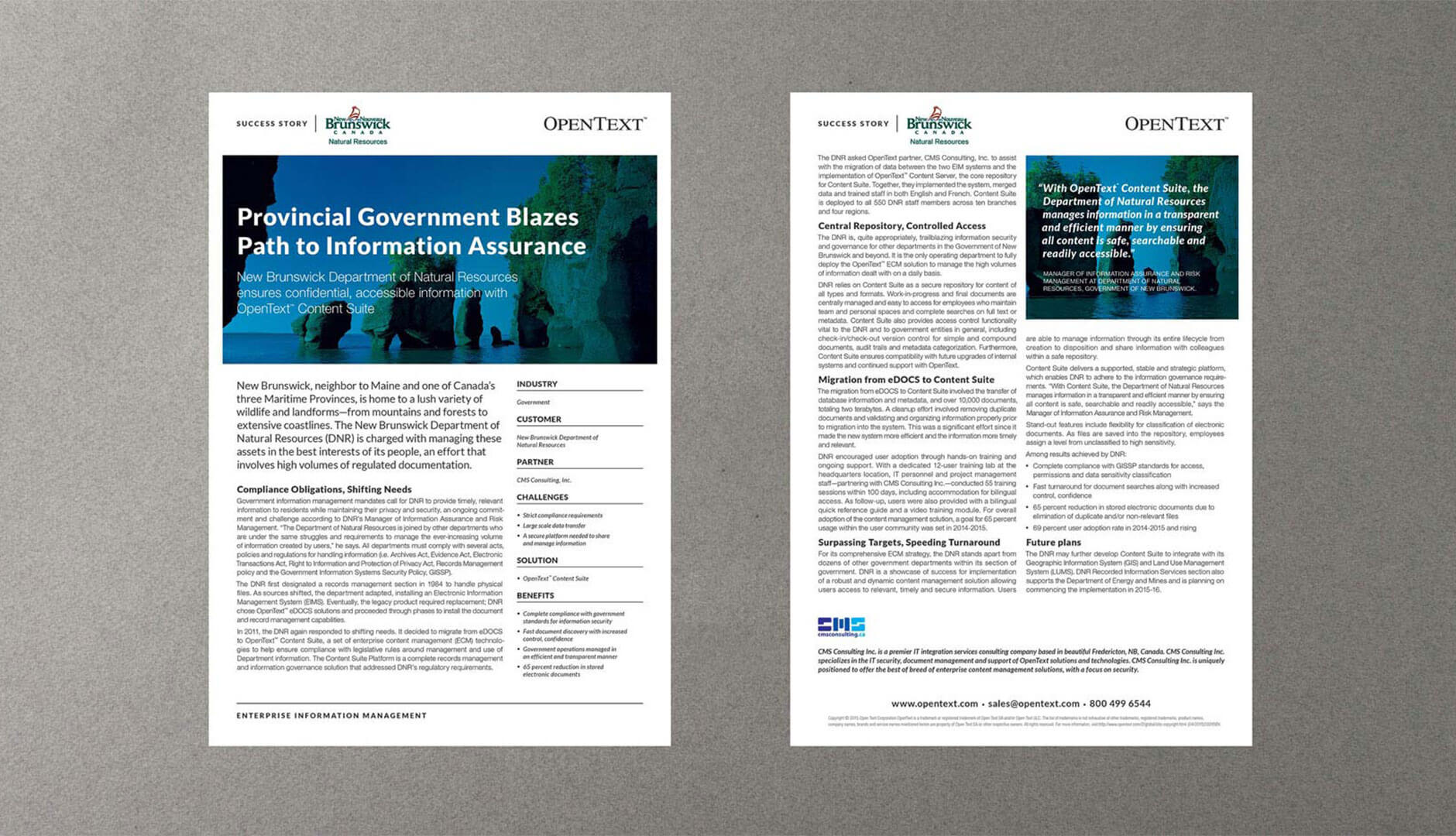 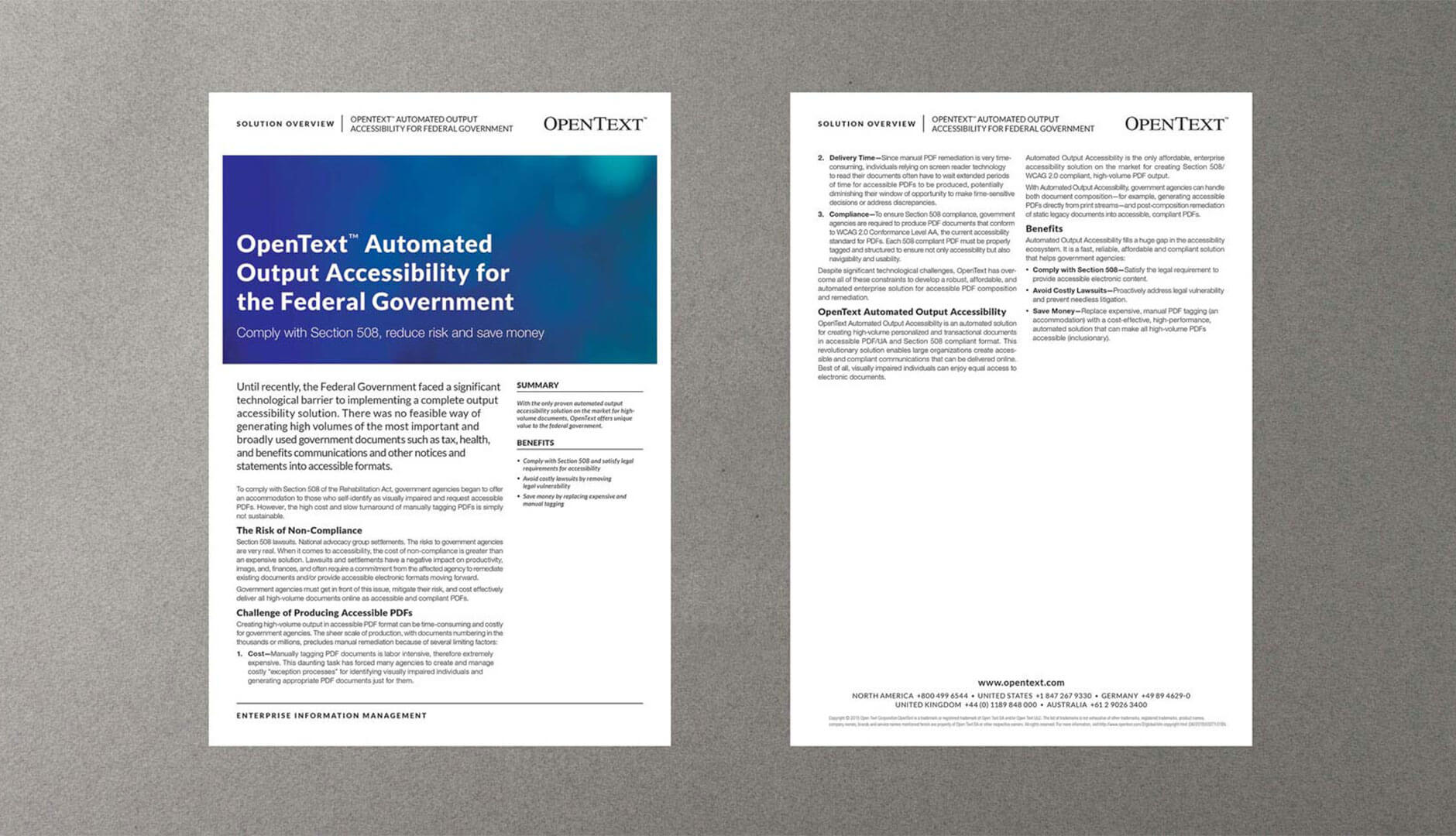